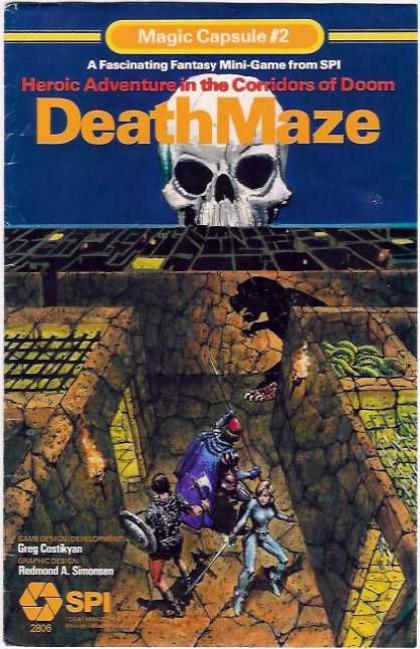 (from the instruction manual)

Deathmaze is a game for one to six players in which each player controls the actions of one or more adventurers exploring the depths of a horror filled catacomb in pursuit of glory and gold. Like fantasy role playing games, Deathmaze deals with personal heroic fantasy; unlike such games, Deathmaze requires no gamesmaster, but pits the players' skills against an un-gamemastered game system.

There is an expanded set of rules contained in MOVES magazine #51 " Roll up for the mystery tour!"

The system was later used in Citadel of Blood.