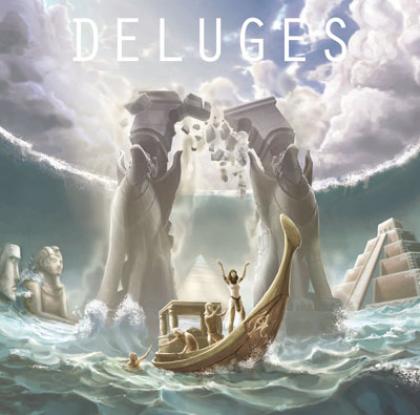 Déluges, the board game! At 20,000 BC, Earth knows the end of an ice age, characterized by a meltdown and a major rising waters. During this period, which ends around 6000 BC, the sea level rises almost 130 meters.

The goal is to develop your civilization before it is swallowed by the waves. To develop your civilization, you must distribute, collect and share resources with other players. But if the players overexploit the resources and develop too quickly, they impoverish the land, the water will rise and the play area will get smaller. Additionally you can take the competing populations and force them to work as slaves, but you must also work to keep your population from turning into fanatics or becoming enslaved. The players earn points for both how developed their civilization is and how sustainable it is.