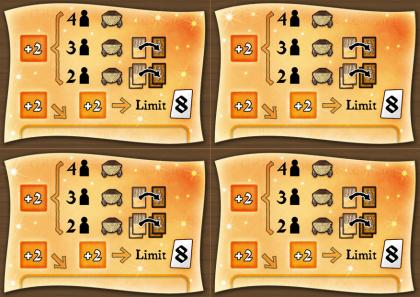 "Die verlorenen Spruchrollen" (English: "The lost scrolls") is a micro expansion for The Mines of Zavandor by Alexander Pfister.

It adds 4 "scrolls" to the game, which give the players certain benefits. The players can "spend" the benefits after an auction to increase their bid afterwards, but lose the benefit for the rest of the game.

At the moment only a german version of the expansion exists. It was released as give away at the Spiel 2011.