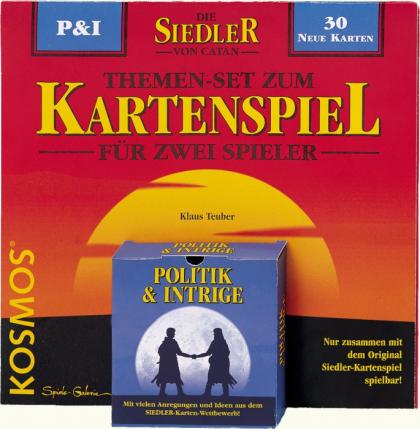 In March 1999 five expansions for the Catan Card Game were published. Politik & Intrige (Politics & Intrigue) contains 30 new cards. Ideas from players around the world were included in the expansions.

Focus in this expansion is on more interaction between players and introduces the Metropolis - a central card giving players more space to build.