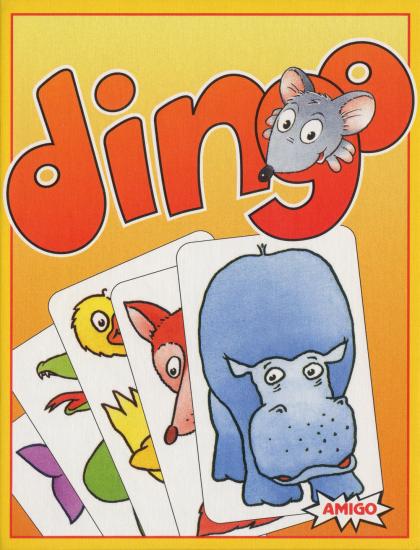 From Amigo: The aim of the game is to be the first player to collect a set of 5 identical cards and shout Dingo.

Each player begins with a set of 5 identical animal cards and 3 chips. All players keep the cards in their hands and pass one card to the player on their right until one of the players has 5 identical cards in his hand.

Each player takes one card from his hand and places it face down on the table in front of the player to his right. As soon as all players have put down a card, each player picks up the card passed to him from the player on his left (a command e.g. "now" may also be given for this). This procedure is repeated until one of the players has 5 identical cards in his hand. When this happens, the player in question puts his hand down on the table and calls "Dingo". As soon as the other players hear the word "Dingo", they must put their hands on top of the calling player´s hand as quickly as possible. The last player to put his hand down must give one of his chips to the winner (the hand at the bottom).

The game continues until the conditions agreed at the beginning of the game are fulfilled, or the player with the highest number of chips is the overall winner.