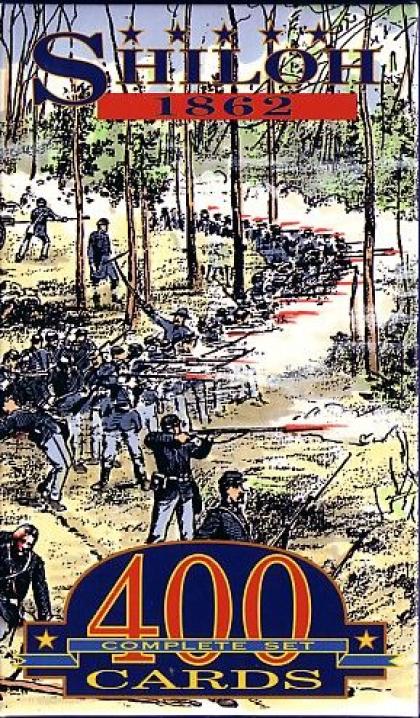 Dixie is a collectible card game but with a flat rarity. This is the second set with 400 cards for the Battle of Shiloh. Complete sets are also available and individual cards may be ordered through the Columbia Games web site. All artwork and graphics in the Dixie series (each regiment card is drawn with its historical uniform) was created by RPG/Historical artist, Eric Hotz (www.hotzartworks.com).

The Dixie system is an expanded version of Columbia's tactical battle board system used in such games as Napoleon: The Waterloo Campaign, 1815. Each unit card shows its unit ID, its Combat Value (CV--the number of dice rolled), and its Firepower (the number needed to hit a target).

The game is played without a board; the table is divided into three battle line areas for each player (left, center, and right). Players deploy cards face down into their three battle line areas. Player's hands act as the Reserve area. Each turn, every unit may either move or fire. Movement consists of advancing into the opponent's battle line areas to engage. Combat consists of rolling dice equal to the unit's CV with hits occurring for each die that is less than or equal to the unit's firepower. For each hit taken, a unit must make a morale check, rolling equal to or less than their CV or "rout" (i.e., be discarded).

Play continues until one side is able to occupy unopposed two of the three opponent's battle line areas. Rules are included for fighting a second day.