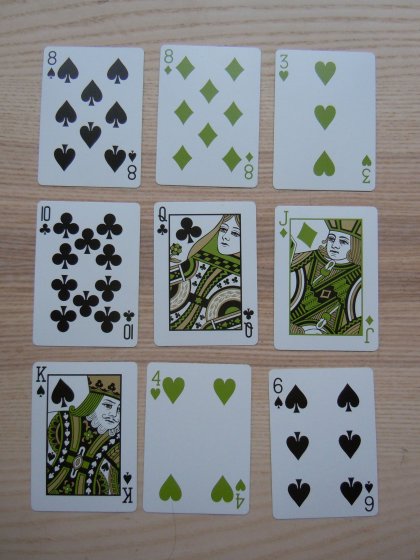 This game is played with a standard deck of cards including two jokers. Both players are dealt four cards and a card is put face up on the table players put their cards so they form at the end of the round a 3x3 grid. Then one player scores for the vertical, the other for the horizontal lines. The score depends on the cards in the row, but cards with the same color or suit increases the value of a line.

More information, including a 3 and a 4-player variant can be found at http://www.davidparlett.co.uk/oricards/dracula.html