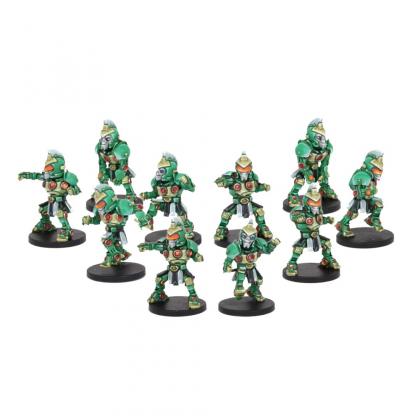 Each basic 'Zee' team has 10 Jacks, fielding no strikers or guards. The Zees rely on mischief and mayhem on the field in order to stay competitive with stronger, faster and more skilled teams.

"Don’t be fooled by the fact that they’re genetically modified monkey clones – the Kolossals’ underhanded antics make for great entertainment, to the delight of their fans..."