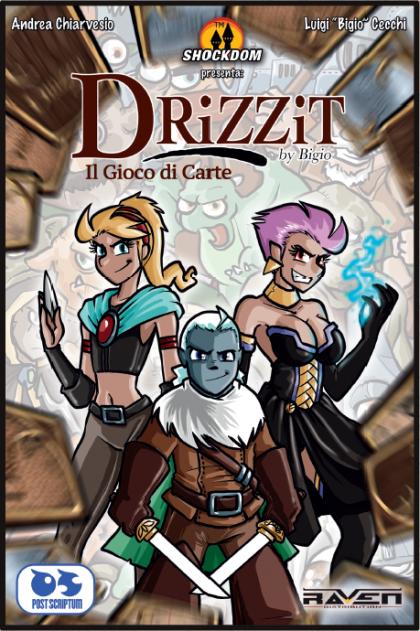 Based on the characters of the popular fantasy/humorous webcomic Drizzit, this is a cooperative card game in which the players will have to defeat three Boss monsters after many dangerous traps and odd enemies.

Taking turns, the players must draw Adventure cards and face them: they could be Events, Traps or Enemies. Traps and Events are immediately resolved, while Enemies must be fought by rolling the die and using Powers or Objects.
Each resolved Trap or Enemy goes to compose the Path, at the end of which there is the Boss monster.

To win the game you must defeat 3 Boss monsters.
On the cards there are many jokes and funny situations.