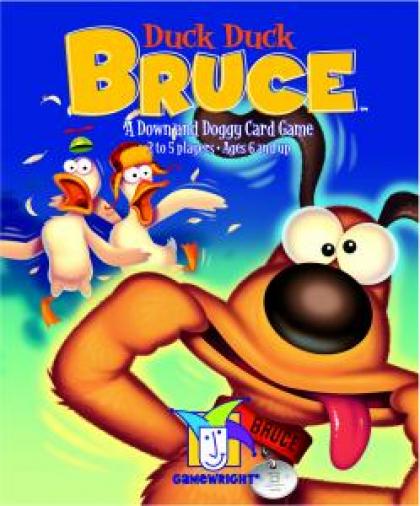 A simple push-your-luck card game with mechanics similar to Can't Stop. Players reveal cards from the draw pile one at a time, and may stop at any point and collect the cards into their score pile. However, if two fish of the same type are revealed, the player loses those cards and all cards in between, as well as forfeiting his turn. An octopus card when revealed also will end the turn and cost the player the other cards turned up on that turn, but allows the player to attempt to steal cards from another player's score pile. Only the biggest fish of a type in a player's pile count for scoring purposes. Game is to 77 points (perhaps this is a nice, round number in Germany).

Part of the Goldsieber à la Carte line of games.