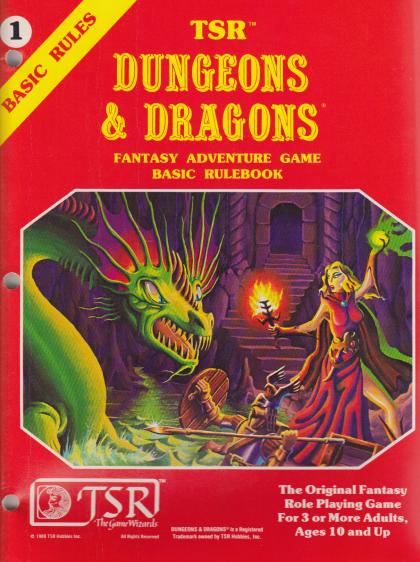 DUNGEONS & DRAGONS fantasy game is a step out of the ordinary. Each adventure is like writing a novel. Players assume the roles of elves, dwarves, halflings, or humans and travel through a fantastic world filled with danger and excitement. Adventurers will wander through frightening dungeons conquering evil foes and meeting terrible dragons.

This rulebook was sold separately, as well as being part of the Dungeons & Dragons Basic Set (Second Edition) set. A PDF version of this rulebook is also available.