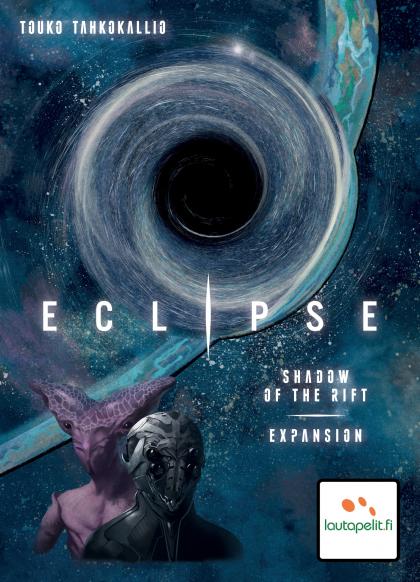 Eclipse: Shadow of the Rift

The Ancient Uprising has been put down, and a fragile peace again holds in the galaxy...but suddenly, everything changes. Several new factions rise to disturb the status quo. The Unity nanomachines bend energy and matter to their will. The Shaper ships tear the spacetime fabric apart, while insignificant Octantis factions take a developmental leap after leap forward. It almost seems like the base laws of the universe no longer apply.

Eclipse: Shadow of the Rift introduces several new mechanisms to Eclipse, including Time Distortion, Evolution and Anomalies, as well as several new Rare Technologies, Developments and Discoveries. It includes two new player boards with three new different alien species from which to choose. Due to its modular design, you can use all of these additions or just some of them in any game of Eclipse according to your preferences and play style. The expansion does not require the Rise of the Ancients expansion, but is fully compatible with it.

As the shadows unfold from the rifts of spacetime, can your civilization stand unbroken?

Voti e commenti per Eclipse: Shadow of the Rift