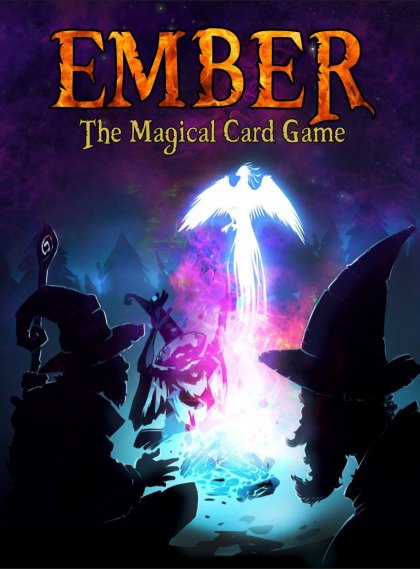 Midnight at Arcane Academy, yet the apprentice wizards are far from their beds. They have slipped away under cover of the soft autumn shadow to the woods where whispered spells conjure a campfire away from prying eyes. Huddled around the flames with a bottle of starmead, the young wizards play a game. Someone casts a fragment of elemental flame into the midnight sky, whoever conjures that mote into the most powerful mythical creatures is the winner. This is Ember.&#10;&#10;Ember is game where you draw cards each turn to make &quot;hands&quot; which you then discard to conjure (purchase) mystical creatures.&#10;&#10;But if you think it's THAT simple, it's not. The complexity comes from the configuration of creatures, who has what, and when the final call to end the game comes... it's not always clear who is the winner.&#10;&#10;Ember comes complete with 52 suit cards, 30 creature cards and 3 Archmage cards.&#10;&#10;