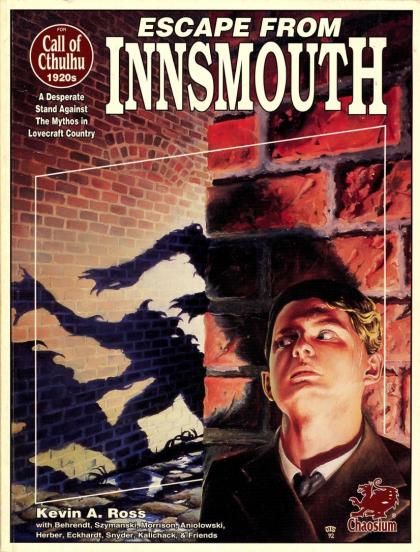 "Innsmouth was once a prosperous trading town located on the north coast of Massachusetts. Early in the 19th century her great sailing ships traveled the world in search of trace and treasure.

A series of mishaps brought the town to the brink of financial ruin, but it was saved when Captain Obed Marsh discovered a secret source of gold among the islands of the South Pacific. Prosperity returned to Innsmouth, but only for a short time. The gold held a price that now, nearly a century later, has left the town a decaying hulk, its diseased citizenry mere shambling parodies of what were once people. Shunned by it's neigbours, Innsmouth slowly dies."