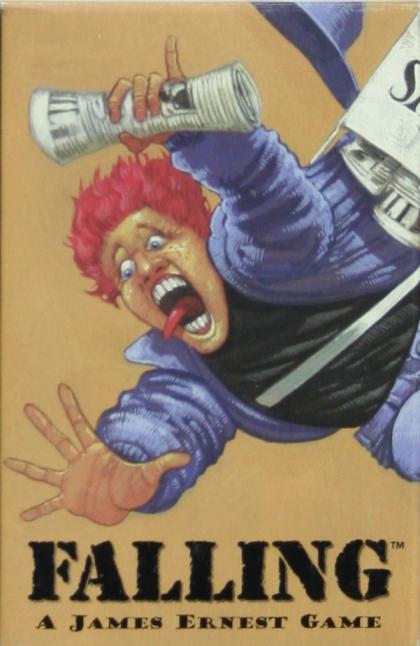 This game is from an odd genre, real-time card games. Each of the players (except the dealer) is a person falling to his death. The goal is not to live, rather just to be the last one to go splat. The dealer continues dealing cards to players, eventually giving them 'ground' cards. But on the way down players can do all kinds of nasty stuff to each other to ensure their relative longevity.