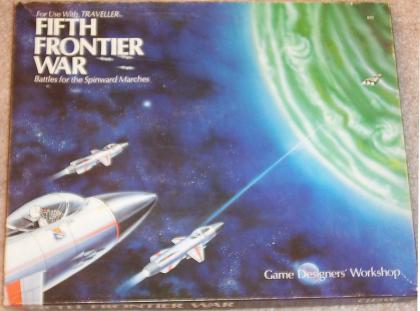 A basic hex-and-counter wargame set in the Spinward Marches of the Traveller RPG universe. Designed as a campaign aid for Traveller but a playable game on its own. Movement of units are generally pre-plotted and executed simultaneously, combat then occurring where necessary. Each turn is one week, each hex one parsec.