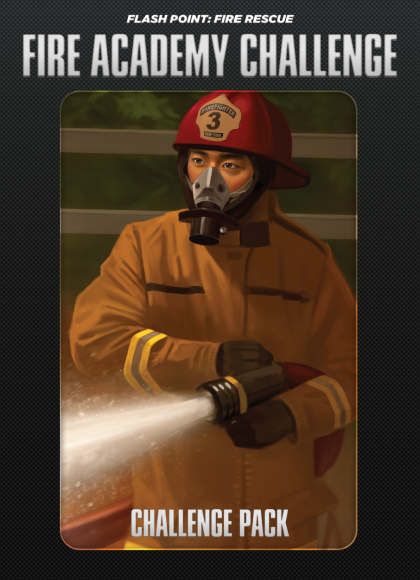 This PDF was a promotional item released only to the game's backers on Kickstarter in conjunction with a contest held by the game's creator.

The Fire Academy Challenge is a series of scripted "puzzles". The objective is the same: to rescue at least seven trapped victims before the fire kills four or the building collapses.

Included are sheets to log your progress through each of the puzzles along with a scoring system designed to allow groups to match their scores to other teams.