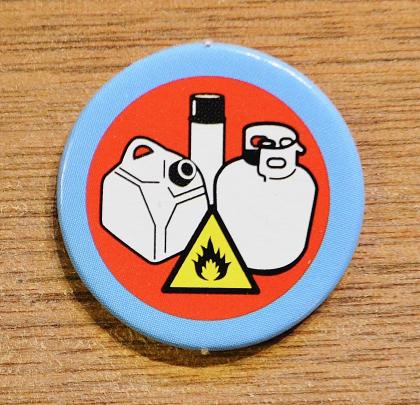 When added to the game, this POI becomes a hazardous material when revealed. A revealed hazmat POI does not count towards the number of POI markers on the board.