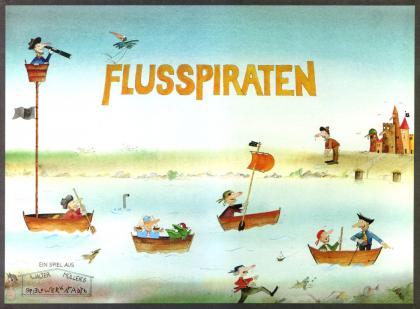 Produced by the company responsible for the singularly vicious Rette Sich Wer Kann (the original version of Lifeboats), this similar game has each player trying to get their pirates to the end of the river, while trying to stop the other players from doing the same. The boats that players use have spaces for two pirates, and each time one of the occupants decides to row the boat, the rock-paper-scissors aspect of the game kicks in. Players have the option of rowing, tossing the other player out of the boat, or attempting to beat the other pirate with a club. Players usually cooperate at the beginning of the river to overcome the current, but as the their ship nears the end of the river watch your back!