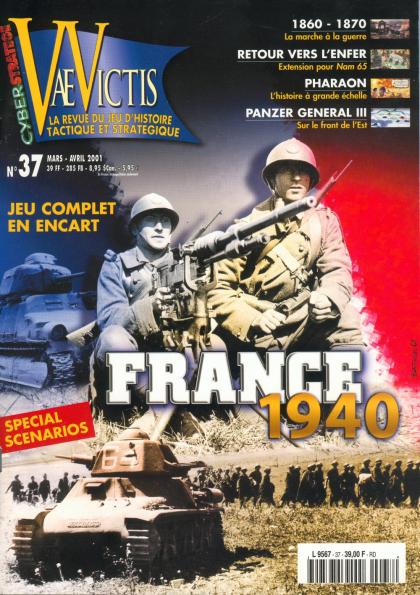 This game covers the invasion and defeat of France (and Belgium, the Netherlands, the British forces on the continent) by Nazi Germany in the spring of 1940. This game features low counter density, with counters representing infantry corps and armored divisions. Special rules are also included covering airborne assaults, refugees, and seaborne evacuation. A variety of scenarios exist to provide increased replay value and explore other options for both sides.

As with all Vae Victis games, the counters need to be cut out and mounted. The rules are entirely in French, although translations are available online.