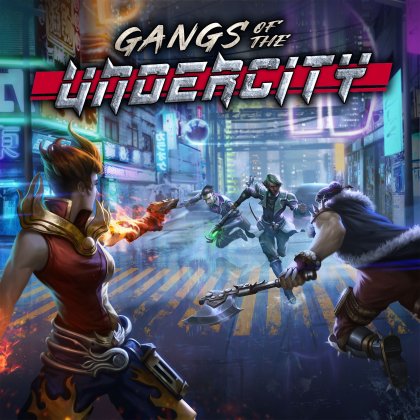 Gangs of the Undercity

Gangs of the Undercity is a 28mm miniatures skirmish game, set in a dystopian future-fantasy universe, where players fight for dominance of their turf in the sprawl of Neo-Babylon. Features detailed, wondrous miniatures and various modes of play. 2 or more players can battle in a traditional wargame format, can join together in co-op mode, or enter the story of GotU in the campaign scenarios.&#10;&#10;Magical powers and wondrous creatures have existed alongside the mundane since before recorded time. As the tide of progress turned, magic began to lose its unique dominance as new and oppressive technologies emerged. Now, in a world similar to our own, magic and technology compete to hold the world hostage; the powerful using them to create empires of wealth and dominance. Resistance, while it may be insane, is the only sane response left in this dark world.&#10;&#10;&mdash;description from the designer&#10;&#10;