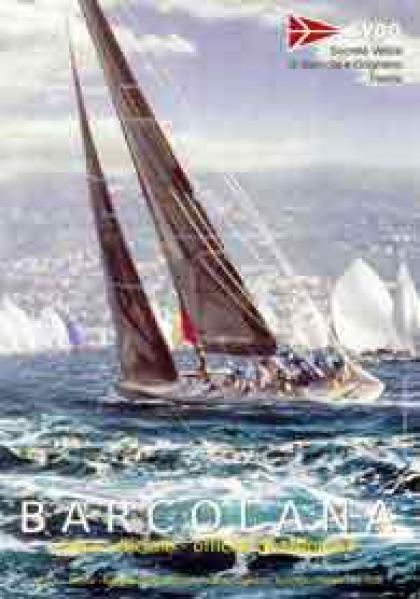 It is set in Trieste, Northern Italy during the Barcolana Regatta, which takes place every year in October. Two, four or eight players control respectively four, two or one sail boats. The winner is not always the first one to arrive, but the boat (among the ones arrived in time) that has scored the best points. Points are awarded or lost due to cards, not giving way to other boats when you should, passing the buoys first or on the wrong side and so on. The game uses dice, but it's not a new version of The Duck Game! There is space for luck (wind direction and other things) but also for some tactics and for some cooperation between boats of the same player. For this reason the best way to play it is in two or four people.