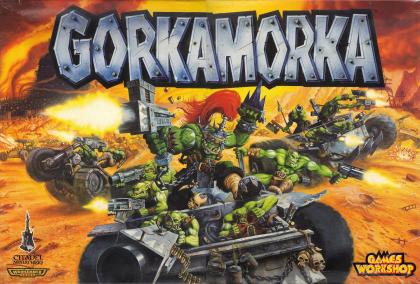 This is a tabletop miniatures wargame that is based mainly on conflicts between Orks stranded on a dead planet, separated into two factions: those that believe in the god Gork and the others the god Mork; Gorkers and Morkers respectively.

Players design Ork mobs comprised of a small number of warriors and their vehicles. The game uses a unique system of movement for trucks, wartraks and bikes to locate riches and beat up rival mobs. The game allows you to build up your mobs similar to Necromunda but does have more humorous appeal to it. One expansion was produced, Digganob, which added some more factions to the mix including Muties (mutant riders) and Diggas (Ork-obsessed humans), along with additional scenarios and special characters.