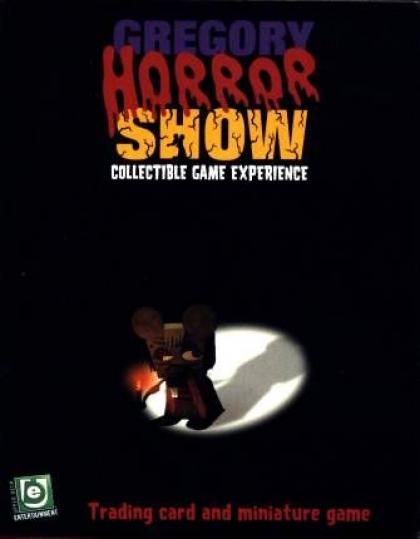 This is a weird horror game based off of a Japanese cartoon show for kids (not anime). The "starter deck" comes with the game board, the figures and tokens for the players, one monster, and all the cards that are needed. More monsters can be bought in the expansion packs. The object of the game is to gain control of 3 "hotel rooms" on the board. To do this, the player fights a monster whose stats are drawn from a random pile. There are other complications, like Judgment cards that can be used to help or hurt a player, pitfalls on the board, Mystery Room cards that alter game play when a certain room is entered, and Feral Monsters. The Feral Monsters are only found in the expansion packs and can be controlled by the players to attack other players. Also, players can steal control of rooms from other players.