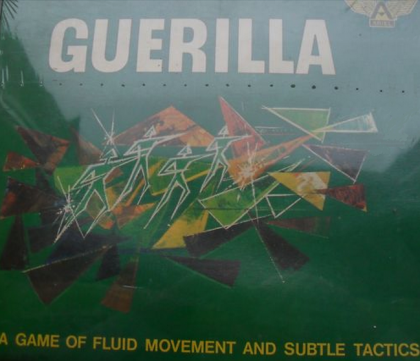 Guerilla is an abstract strategy game played on a triangular lattice. Players place pieces to form groups, which can move, larger groups being able to move farther than smaller ones (movement is by jumping).

An unusual feature is that if an enemy piece is captured by "overkill" (pieces are captured by neighboring pieces which are stronger, strength being measured by the number of adjacent friendly pieces), a red "massacre" token is placed on its space, which becomes impassable for the rest of the game.