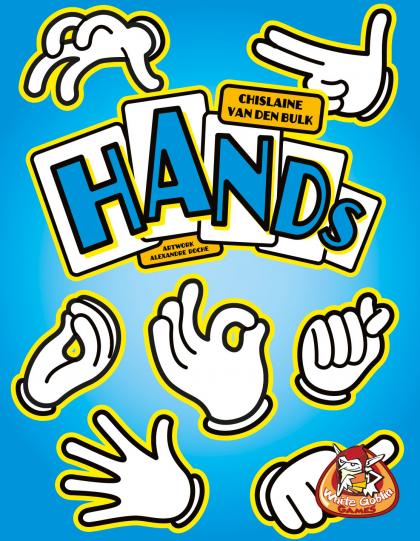 Hands up! Hands down! No hands! Thumbs up! Point to the sky!

In Hands, you talk with your hands instead of words while trying to find a player whose hand speaks the same words as yours. Beware of the player talking with both hands, though — you'd better do as he says!

In more detail, during the game you mimic the cards in your hands while trying to find another player who mimics that same card. Each match you make this way scores you one point. But if any other player is making a two-hand symbol, you better not be the last player to imitate that symbol or else you'll lose a point at the end of the game.

Whoever scores the most points wins!