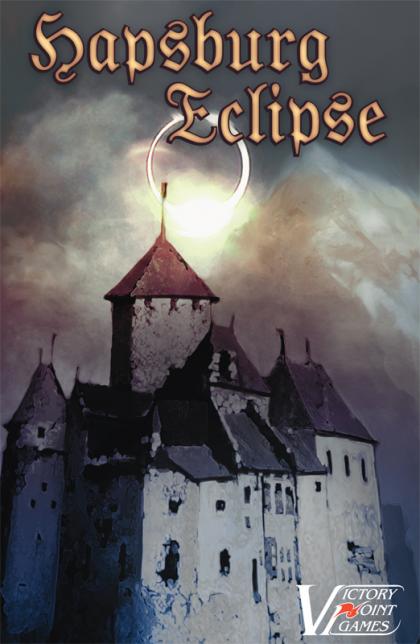 Darin A. Leviloff's Hapsburg Eclipse is a solitaire States of Siege game on World War One in Eastern Europe from 1914-1918. The player controls the leadership of the Austro-Hungarian Empire and, peripherally, the German Central Staff who assumes greater and greater control over their ally. The Austro-Hungarians have unique challenges as they try to survive the onslaught of the “Russian Steamroller” and try to conquer the Serbs in the South. The mission will be complicated by the perseverance of those enemies; the difficulties with new fronts in Romania, the Balkans, and the Italian border; and the difficulty of keeping the Empire's restive nationalities from revolting from Hapsburg Rule.

The war started poorly for the Austro-Hungarians, with major Russian advances in the East and no progress against the Serbians. As time went on and the Austro-Hungarians bounced from one crisis to another, the Germans started to take more control as the price for their aid. In the end, the war was too much for the disparate nationalities of Austria-Hungary to take, and when it became clear that the Central Powers could not win the war, the Austro-Hungarian Empire disintegrated.

Can you succeed in keeping the Hapsburg Monarchy intact? Play Hapsburg Eclipse and find out!

Hapsburg Eclipse has a sister game titled Ottoman Sunset, depicting the struggle of their Central Powers ally, the Ottoman Empire. If in possession of both games, a Combined Game is playable, either as a two player co-op game or as a large two-front solitaire game. The rules for the Combined Game are included with Hapsburg Eclipse and modify the rules for each individual game.