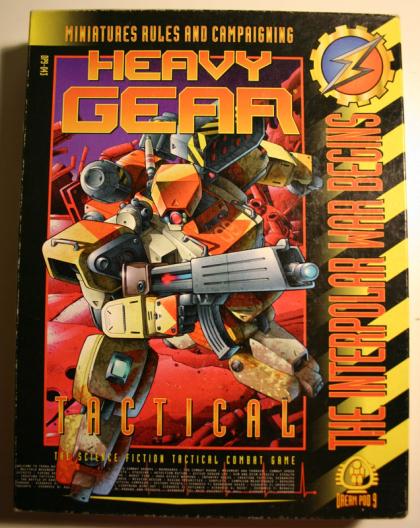 The Story:
The date is TN 1936, beginning of Summer season. A few hundred kilometers northeast of the Badlands city-state of Elayu, Rahnguard Oasis stands in the middle of an important caravan route and is coveted by both the Northern Guard and the southern MILICIA as a potential supply point. With the increasing North-South tensions following the death of Northern religious leader Thor Hutchison and the trouble in the Humanist Alliance, polar forces slowly creep into the Badlands and secure their supply lines in preparation for an Interpolar War everyone knows is coming. It is but a matter of time before a skirmish becomes a casus belli for an all-out planetary conflict.

The Game:
This box includes the complete Silhouette tactical rules, allowing even a beginner to learn in a matter of minutes the basic principles behind tactical wargaming. A complete campaign book guides the Players through the elementary steps to create exciting combat scenarios and even a complete campaign. Eleven sample scenarios are also included, which can be played individually or as a part of a larger military campaign, the Battle for Rahnguard Oasis. Two Players Guides – one for the Northern Desert Sharks regiment and one for the Southern Azure Devils regiment – allow beginners to pick some pre-generated Gear squadrons or cadres, and start playing immediately.

Features:
- Easy to learn and use game system
- Realistic strategies and tactics
- Mission objective system
- Exciting action from the start
- Improves tactical reasoning
- Ages 12 and up