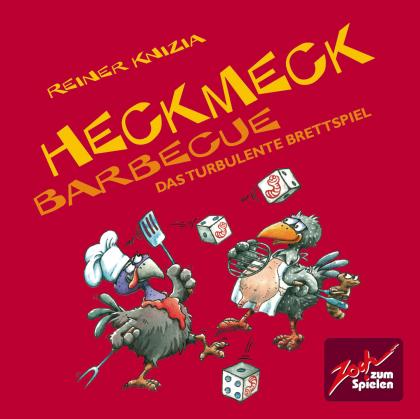 On the highest fun level, "Heckmeck BBQ" features thrilling dice-rolling for roast worms. The game board (newly introduded to the world of Pickomino) invites the players to 14 different BBQ sites. In order to conquer those desired sites, a player puts aside all identical symbols from his dice roll and continues rolling the remaining dice. As soon as his dice roll result reaches the value of an empty BBQ site, he may broil and eat his worms there. However, the opponent players may also establish themselves at the same site (it's another difference from Pickomino) and claim the tasty worms. And only at very precious BBQ sites players can find the latest BBQ trend: roast snails.

Packed in an attractively styled "BBQ Dice", the game not only fascinates worm-loving Pickomino fans. The new dimension of the "Worm Universe" in "Heckmeck BBQ" also lets players who haven`t tried any tasty worms yet discover their desire for roast snails.