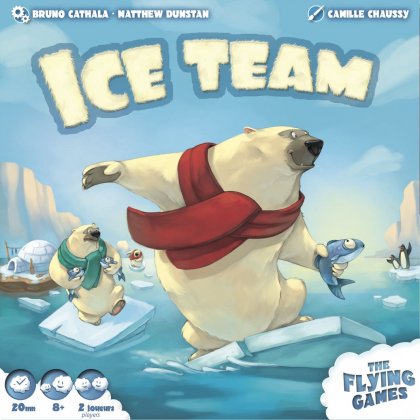 Ice Team is a two-player racing game in which you have to bring your polar bears as quickly as possible to the finish line, having collected as many fish as possible from the igloos. Each turn, a player moves one of their four bears in any directions over round ice tiles with either an ice floe, an igloo (hiding some fish), or a malus (like seal, withdrawing some fish). After an ice floe is visited, the tile is removed from the table, thereby creating a gap that bears can't use on future turns. The player who manages to reach the finish line with the most fish wins.&#10;&#10;