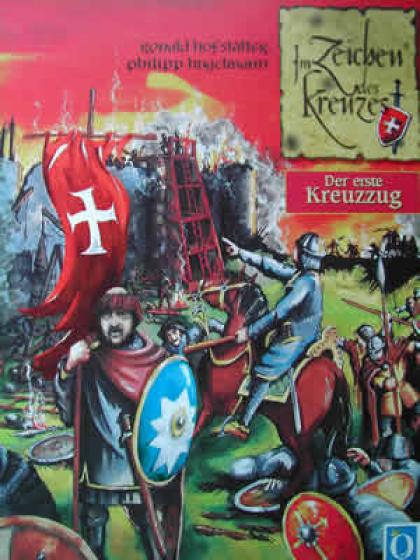 Game about the Crusades. Player move their armies through Europe towards Jerusalem. Play cards to move through specific terrain. Plunder cities to gain gold which can be used at other cities to purchase more troops. The player that conquers Jerusalem is the winner.

A nice new mechanism is the Combat Tower: a cardboard and plastic tower containing horizontal levels with holes. Drop all battling armies in the top: everything that comes out at the bottom fights. Armies that do not fall through stay in the tower until dislodged by armies from a following battle.