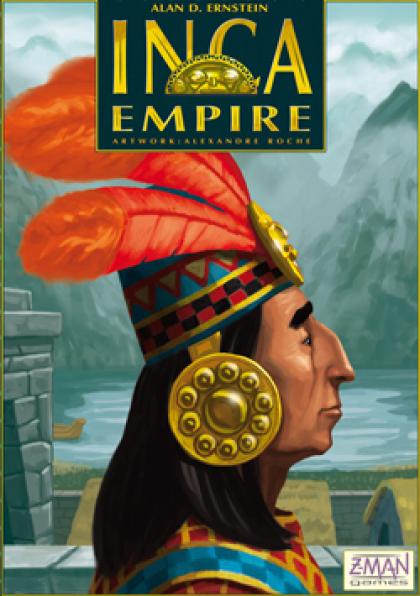 In INCA EMPIRE the players are "Apus" (leader of one of the four regions/suyus). Your job as an Apu is to increase your status in the eyes of the divine emperor ("Sapa Inca") by doing the best job of expanding and improving the empire. Each Apu begins with the manpower of their region of the original empire. They build roads and conquer neighboring regions, increasing the manpower and resources available to them. Apus are awarded for each new region they add to the empire and for improvements such as terraces, garrisons, cities and temples.

The player who has the most victory points (VP) at the moment Pizarro arrives in the Inca capital at Cuzco wins the game.

Note! Due to the highly interactive nature of the Sun card placement, Inca Empire cannot be played with only two players.

Inca Empire is a reimplementation of the Tahuantinsuyu