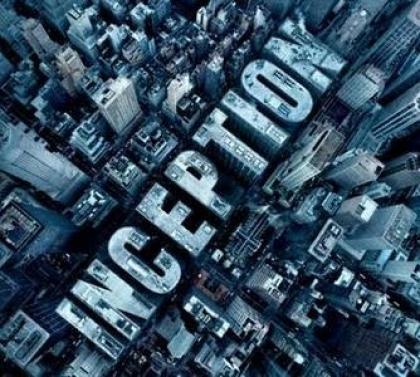 This game is an unauthorized, non-profit game that uses names and images from the original movie by Warner Brothers. Neither the designer nor anyone else is allowed to make any financial profit from it.

I hope you remember the great movie “Inception”. Cobb and his team of Extractors are offered a job to implant an idea into a person´s mind by infiltrating his dreams. The target is Fischer and the client is Saito, who will profit greatly from Fischer's new “idea”. The reward: a lot of money and the chance for Cobb to return home to see his children. But to plant a thought deep enough into someone´s mind, you´ll have to go very deep. A dream within a dream… within another dream. And if you die in a dream, you´ll end up in Limbo and probably go mad.

Guide Cobb and his team through the different dream levels. Recruit your team members and sedate Fischer in the waking reality. Step deeper into his dreams, plant Inceptions, and prepare for the final Kick that´ll bring the team back home. Fight against attackers, Cobb's adversaries and Fischer´s “dream police”. Cobb´s wife Mal will show up and try to stop the team. And some of your team might end up in Limbo and have to be saved first before they can return to reality.

Inception is a solo (1-player) card game with a playing time of around 50 to 60 minutes.

Each turn the player draws 2 cards to his hand. Some negative cards (Cobb´s Flashbacks) apply immediately, while the others may be played in the “Play cards” step. Cards may be played in different ways. They may be discarded to use their one-shop effects. Weapon cards may be attached to a character to increase his strength against attacks. Other cards may be placed in a dedicated “Convince Display” from which they may be played when trying to convince opponents or to plant Inceptions. But the player should also keep some cards in his hand, to either react to new Events or boost his strength when defending against an attacker. These are the tactical choices that have to be made and that will determine success or failure.

An Event card is drawn from the Dream Level the Characters are currently in. You will have to evade attacks, convince people, plant Inceptions in Fischer´s mind, and face other challenges. Team members might die, as in the movie, and have to be found in Limbo and convinced to come back with you.

To win the game, the final Inception on Fischer has to be successful, Mal must be dead, and Saito, Cobb, and enough members for the final Kick must still be alive.

Designed for the BGG Solitaire Print and Play Contest 2012.

Inception is available
as Print and Play (see file section)
via ArtsCow,
Printerstudio (thanks Jay)
as PC game (thanks David)
and as Vassal module.
See forum section for links.