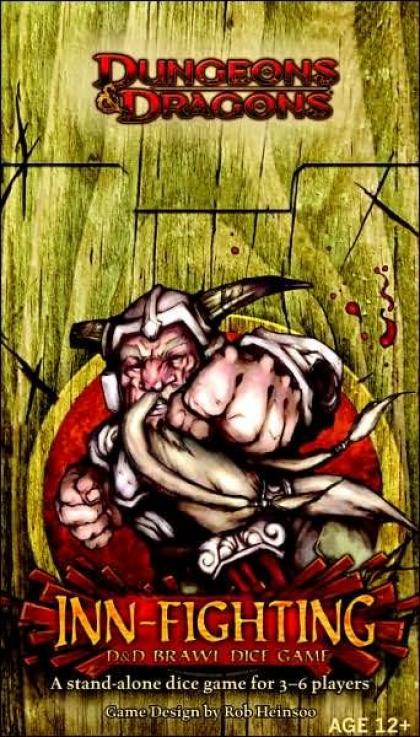 The dice game of champions in the Dungeons & Dragons world.
From the creators of Three-Dragon Ante, the Dungeons & Dragons in-world card game, comes the perfect dice game for D&D players and characters alike. With a roll of the dice, you determine whether to hurl a mug of ale at the warbling bard or smash a chair over the drunken barbarian's back. Treachery and chaos abound, as every game promises a new and hilarious tavern brawling experience. Inside every Inn Fighting box you'll find a rules sheet, a set of 6 special six-sided dice, 1 twenty-sided die, and 52 character cards. Choose a character, trade some dice rolls with your friends, and see who's left standing in the end!
Rob Heinsoo was a Senior Game Designer at Wizards of the Coast, Inc. He co-wrote the Forgotten Realms Campaign Setting, worked on several sets for the Dungeons & Dragons Miniatures Game, and designed the popular Three-Dragon Ante card game.