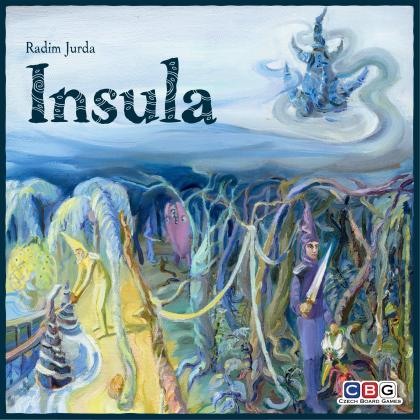 The highlights of Insula are its competitive and co-operative aspects. While a competitive game at the beginning, it often changes to cooperative. There are three possible endings of the game: single player can win, a group of players can win or a game can win.

In Insula, each player assumes the role of a brave adventurer on a quest to defeat a dark lord. You arrive with other daring heroes on a secluded island shrouded in mystery. You have to travel through deep dark forests and sunny glades alike to reach the Dark Citadel. As you march through the woods, you encounter various guardians, from small trained animals to huge powerful monsters. However, defeating the guardians requires much energy and wise use of magical flowers grown all over the island. Should you fail, many dark curses will be laid upon you. The player who defeats the dark lord Kingosh is declared the winner.