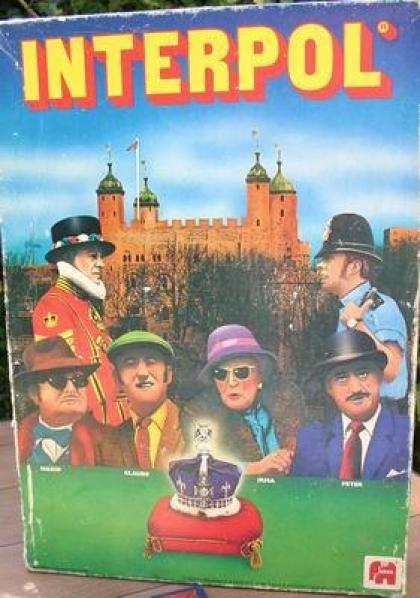 In the Tower, the former state prison that stands in London, the Crown Jewels are kept for England’s head of state. Year after year hundreds of thousands of tourists visit the Treasury where they are exhibited, in order to admire them. One day 4 tourists – Irma from Germany, Mario from Italy, Claude from France and Peter from England – are on their way to the tower. Three of them with no other intention than to take a look at the Jewels, and the fourth with the purpose of … stealing them!

Each player taking part in this Interpol game can try to unmask that particular tourist, i.e. the thief, with his or her Interpol agent (I.A.). He or she will win the game by being the first to arrest the thief through the Interpol agent, or by making the thief steal the Crown Jewels.