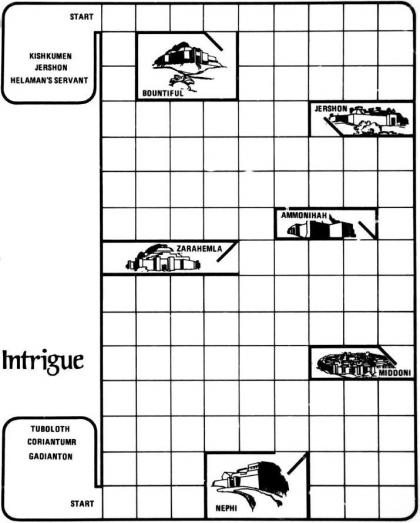 Intrigue is based on the Book of Mormon stories about the Gadianton Robbers and the murders of potential Chief Judge candidates following the death of Pahoran. The game is played in a style somewhat similar to Clue with players moving to various cities trying to determine who the murderer is and where the murder happened.

The rules suggest playing actual situations that occurred in the Book of Mormon (such as Kishkumen killing Pahoran II in Zarahemla).