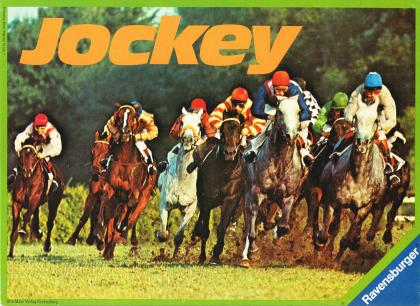 A card-driven horse race game in which players secretly bet on either a winner, a second-place horse, or a double of the two. Each of the four horses can be moved by any player. Some of the cards allow specific movement of one horse a number of spaces; the rest of the cards can move any of the horses, but only one that is in a certain position in the race when the card is played.