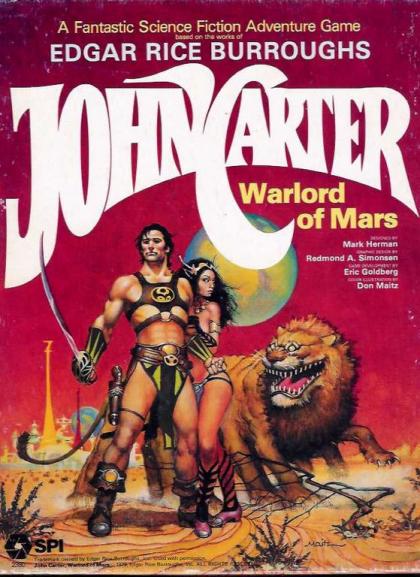 The Game simulates the legendary world of Edgar Rice Burroughs, Barsoom. Players are involved in Barsoomian epics in the role of one hero or one of his companions, and strive to perform as nobly as those heroes of the past. There are evil villains to be met, Martian wildlife to be tamed, great treasures unique to Barsoom to be gained and lovely lasses to be wooed and won.

Players do not strive for victory points, but for greater glory, high romance and their attendant acclaim.

There are two major parts to the game, the Dueling game and the strategic game. Man-to-man combat, and then the campaign type game (Strategic) where players take on the roles of heroes and villains, a delicate blend of negotiation and action is needed to succeed in this sci-fi epic.