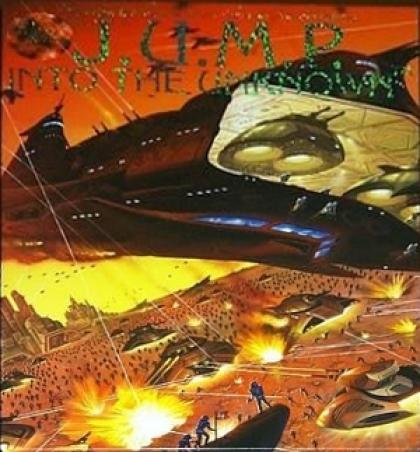 J.U.M.P. Into the Unknown

Space combat game where players expand their empire to achieve the most build points. Build points are gathered by sending diplomatic fleets to charted, but unexplored worlds. Diplomacy results in the development of allies..or the gaining of enemies. Combat between the individual players (or enemy worlds) is conducted by deploying fleets of ships. The system offers variant game play, endings and even a solitaire format.

The object: dominate the galaxy through conquest and diplomacy.

Up to 4 players can Justify their Use of Military Power and rules are provided for true solo play.

Easy to learn game mechanics and fog-of-war adds to JUMP's addictive game play that will please the most avid wargamer and hook beginning gamers.

JUMP: Into the Unknown is also ideal as a campaign setting for players of tactical space miniature combat games to stage their battles.

Voti e commenti per J.U.M.P. Into the Unknown