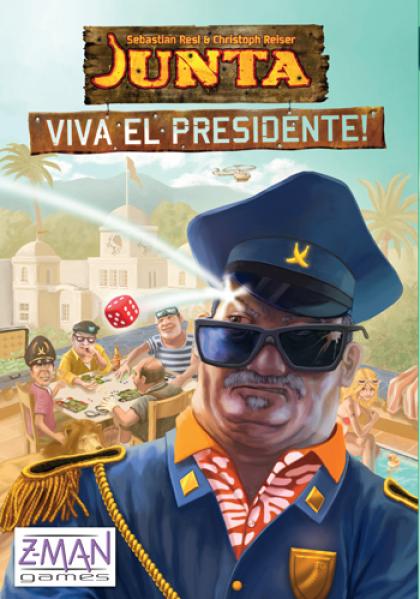 One of the great board game classics is the satirical Junta in which the players are members of the corrupt government of República de las Bananas struggling for power and money to put in their Swiss bank accounts. "Junta: ¡Viva el Presidente!" continues this idea. Several years have passed since the island was afflicted by unrest and attempted putsches. Since then, the army has lost importance; in its place, private militias do the dirty work. The members of the Junta live a reclusive life in grandiose estates financed by their Swiss bank accounts. The players belong to this Junta and now command their own private militias. And, as before, they rob their opponents unscrupulously and ambush the president as often as they can in order to become president themselves. The players must pocket as much development aid as possible, use this to hire new militias and extend their estates. The player who does this the fastest wins the game.