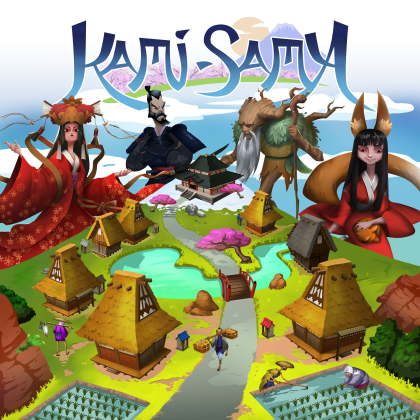 A gentle breeze. The soothing sounds of a gently flowing river. The glow of the moon. A bountiful harvest. Basic human emotions such as fear and rage. Even death. They all have an unseen force guiding them. And while these forces work together to make the world what it is, they each aspire for influence over those who believe in them.&#10;&#10;Kami-sama is a beautiful and intuitive strategy game set in rural Japan during the Edo period. Two to four players will assume the roles of Kami, the spirits of the land. Using a combination of asymmetrical player powers, area control, set collection, pattern building, and light card drafting, players will work to balance their Favor with the people and their connection to Nature in order to be crowned Kami-sama, the chief deity of the land.&#10;&#10;