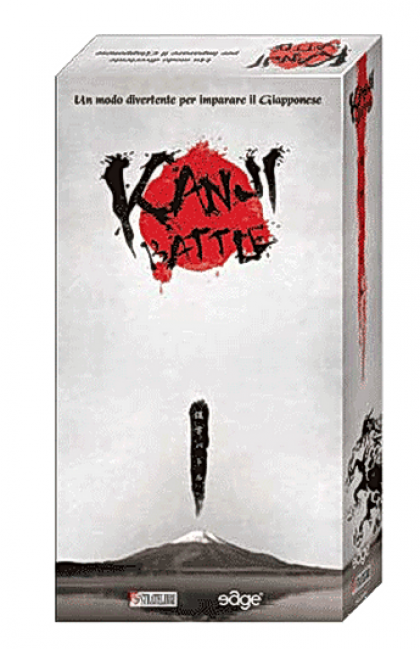 In this card game you take the role of a Japanese mage, and you will battle others that, like you, long for the power the Kirin confer to their lords. For that, you will have to use spells binding the power the kanji give to the cards. In turns, you will choose how to combine them to make the most spectacular attack, to obtain one of the three Kirin cards that will give you the victory.

Kanji battle is an agile game, quick to learn, where you will have a good time diving into the most magical Japan.

Moreover, if you love the Japanese culture and you want to get fluent with the language, with the game you will learn to read kanji easily.

The deck consists of 100 cards needed to pass the Official Level 4 Japanese exam (Noken 4), and can be used both to play and to study the language.