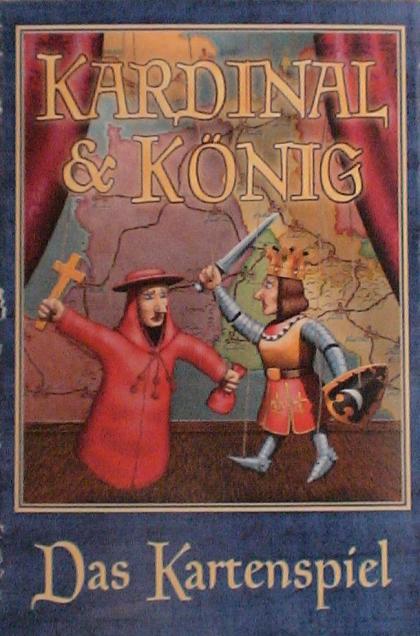 Kardinal & König - Das Kartenspiel is the card game based on the "Kardinal & König" boardgame from Goldsieber Spiele (also issued as "Web of Power" by Rio Grande Games).

Idea of the game
Europe, the center of power in the 12th century. Influential Orders struggle for supremacy. By collecting Land cards, you can establish cloisters, bring advisors to council meetings, and improve your network of roads. According to which cards you choose, you can earn different amounts of victory points. At the end of the game, the player with the most victory points wins.

Rereleased by Ravensburger with different rules as the two player game Richelieu.