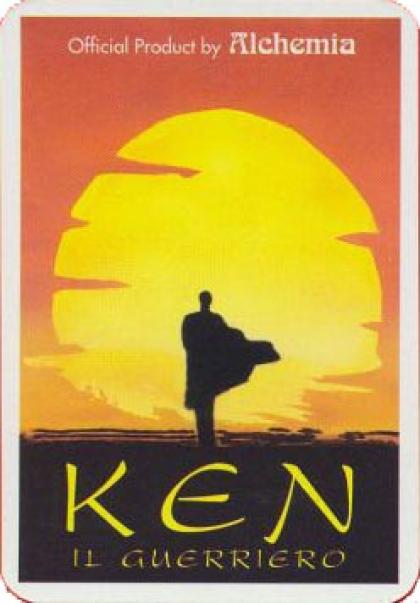 Produced by Alchemia in 1994, the Hokuto No Ken collectible card game has been available only in Italy. The card game contains almost every character found in the original anime series and the cards are illustrated with stills taken from the TV show itself.

It is a one vs one game, each player uses his own deck, just like in Magic The Gathering and most of the others CCGs around. The game is now out of print.

Apart from the base set of 200 cards, the following expansion sets have been released: