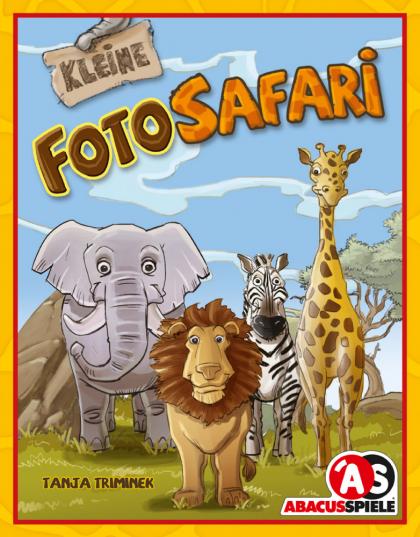 In Kleine Fotosafari, players try to take pictures of certain animals while on safari – and not only is the kind of animals being photographed important, but also the sequence of the animals in the picture.

To set up the game, shuffle the animal cards, then lay out 12 in a circle, with the top card lying face-up on the deck. Shuffle the photo cards in three piles: pics of three animals, of four animals, and of five animals. Each player starts with a three-animal photo in hand, showing what the player wants to see. On a turn, a player starts by seeing whether she can make her photo with the current animal layout – that is, if the right animals are in the right order somewhere in the circle; if so, lays the photo down and draws another one. Then the player takes one of four possible actions:

If the player can then achieve a photo card, she does so, drawing a replacement afterward. After a player has taken four photos of animal trios, she then draws from the four-animal photo deck; after completing three of those, she draws five-animal photos. The first player to snap a second photo with five animals in it wins!