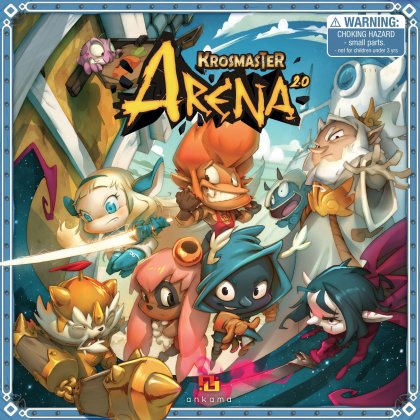 Description from the publisher:&#10;&#10;The World of Twelve is a little planet in the Krosmoz universe that is home to millions of warriors and adventurers who just want a simple life. However, life never stays simple for long as Demons from another dimension are always plucking up these warriors to fight in the arena for their amusement.&#10;&#10;In Krosmaster Arena 2.0, players pit their combat skills against one another to earn glory in battle. It will take careful planning and tactical execution for these warriors to come out on top. Players must tap into all of their magical powers and brute strength. It could be the difference between walking out of the arena and being carried out.&#10;&#10;Krosmaster Arena 2.0 is compatible with previous Krosmaster figure releases.&#10;&#10;