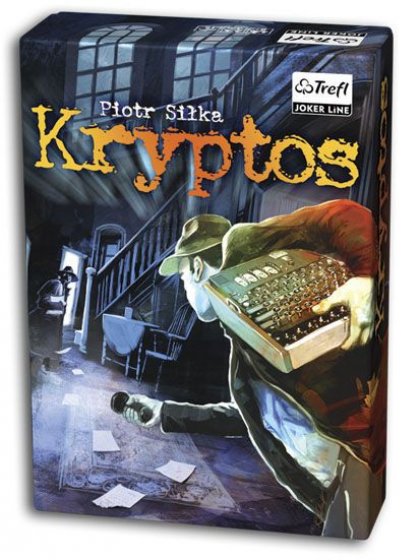 Break the code before your opponents do it! Kryptos puts you in the role of a cryptographer whose task is to decipher the secret codes. Think, plan and analyze, but do not waste your time because watchful opponents will surely take advantage of every mistake!&#10;&#10;Kryptos is an uncomplicated, fast and dynamic puzzle game designed for 3-6 players whose task is to guess and deduce the value of cards held by the opponents. Each player has the same number of cards numbered from 1 to 48 in four different colors, and all players also know which color of cards their opponents have. During preparation for the game, the players reveal two cards from their hands and take as many colored chips as the number of cards they hold in this color.&#10;&#10;The winner is the player who most effectively deduces values and positions of the opponents' cards based on knowledge of colors, revealed and held cards, and a bit of statistics or luck.&#10;&#10;