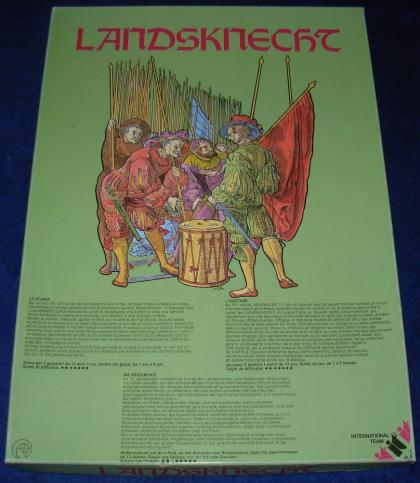 In the fifteenth century, MAXIMILIAN I to oppose the famous Swiss militia, an army unit with the same characteristics of quality and strength, created the LANDSKNECHT. An elite unit of immense destructive power, which soon had a reputation of invincibility equal to the Swiss experts. Armed with Pikes, Hallebardes, Swords and the most modern throwing weapons, these multicolored hordes fanned out across Europe as a cloud of voracious predators, with no moral or military power having control over them.

In this game, the confrontations between rival militias are shown on an absolutely realistic tactical scale (each counter represents a footman or a horseman), also allowing, for players wanting to leave pre-arranged historical orders of battle, to create their own " Company " without the gameplay suffering negative effects.
A rule with several difficulty levels allows to test different types of clashes, from simple skirmishes between dispersed troops up to the great battle featuring three hundred pieces on the board.

(source: translated from the front box and user's description)