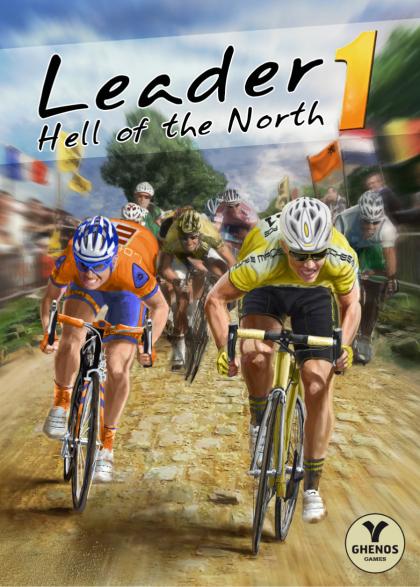 Leader 1: Hell of the North

Originally announced as an extension of Leader 1, Leader 1: Hell of the North has since transformed into a standalone game, albeit one in which the components can be used in the original game from whence this one came.

Game play is similar to that in the original game: "Each of the teams includes different types of cyclists. Every cyclist enjoys the benefits of a free base movement which varies according to his specialty and according to the hexagon at the beginning of his movement. After this kind of movement every racer can add a paying movement. Therefore, the race is based on the riders' energy management: initially the riders are all inside the peloton, where it is easier to save energy, but then they will have to find the proper moment to break away to open the definitive gap ahead of the peloton."

"Hell of the North" is a slang term for a one-day bicycle race originally from Paris to Roubaix that includes many sections of cobbled roads, sections that often lead to damaged bikes, falls and unexpected race results. A mix of new terrain, including cobblestoned sections, is included in the game with forty new tracks on twenty hexagonal tiles. New miniatures are included that match the size of those in the original game, and the game includes "new rider characteristics", according to Ghenos' Alfredo Genovese, to go with the miniatures. While game play is similar to that of the original game, the rules have been revised and updated.

Voti e commenti per Leader 1: Hell of the North